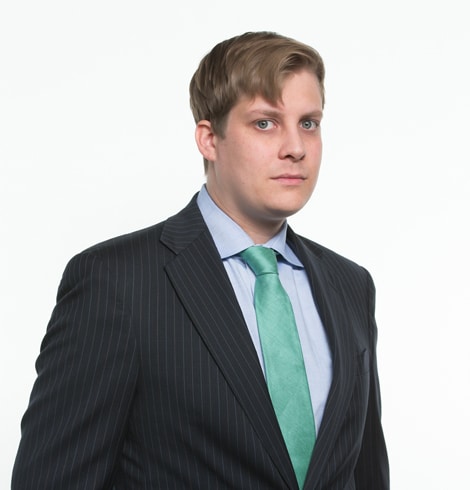 Drew Kraniak grew up outside of Detroit, Michigan. He received his bachelor’s degree from the College of William and Mary in Williamsburg, Virginia, where he majored in International Relations and Hispanic Studies.

After receiving his undergraduate degree, Drew taught high school English, Spanish, and Geography in rural South Dakota for several years. Next, Drew moved south and attended law school at the University of Colorado, in Boulder. He joined Colorado’s Environmental Law Review, and became Lead Notes Editor.  His law review article on Endangered Species in Indian Country was selected for publication in 2015. After completing law school, Drew joined Killian Davis as an associate attorney.

When not practicing law, Drew is likely to be found hiking, snowshoeing, cross-country skiing, or offroading. He is an avid sports fan, as well as a movie and trivia buff.