This article will discuss: 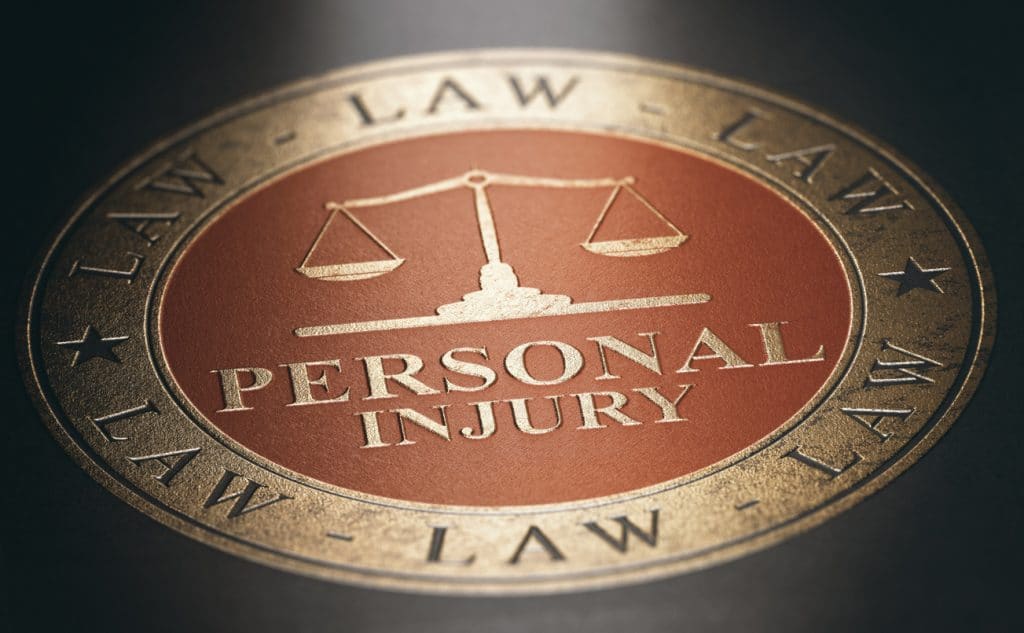 Personal injury law covers a broad range of injuries most often caused by another’s negligence. Attorneys often refer to these types of incidents as “torts.” A tort is a wrongful act or an infringement of a right, other than under contract, leading to civil legal liability. (Oxford Dictionary, 2021). This area of law includes motor vehicle and semi-truck collisions and trip or slip and falls occurring in commercial stores or on governmental property. Other examples are injuries by an item that falls from a store’s shelf, natural gas or propane explosions, and injuries caused by the malfunctioning of a defective product. Toxic torts, including exposure to asbestos, radiation, methane gas or to chemicals such as Roundup or Talcum powder, are another subset of potential personal injury claims. Although not caused by another’s negligence, intentional torts, such as being battered or assaulted by another person, can also result in a personal injury claim.

Filing an insurance claim is usually the first step in obtaining compensation. Since many negligent acts are covered by insurance, making an insurance claim is done before filing a lawsuit. Filing a lawsuit or applying for a hearing in workers’ compensation claim, is less common than most imagine, but does become necessary when an insurance claim cannot be resolved fairly within a reasonable time. However, the majority of injury cases are resolved through negotiation, based upon the provable facts and the potential judgment, without a civil lawsuit, hearing or trial.

As a result of the unequal bargaining power, offers for less than the true value of the case are often accepted. Should the injured person become frustrated with the contentiousness of the negotiation process, an attorney often becomes involved. Should an agreement be reached with the assistance of an attorney, the insurance carrier issues payment to the attorney on behalf of the injured party. The check is made payable to the injured person and the attorney. The attorney’s name is on the check in order to get paid, but importantly, also so that a portion of the funds can be put in a trust account to address hospital or other liens against the settlement funds. Negotiation to fairly reduce these outstanding medical bills is a great benefit to the client and a good reason to have an attorney involved.

Motor vehicle accidents are one of the most common incidents resulting in personal injury claims. When collisions occur, most often a ticket or citation is issued to the at-fault driver by law enforcement. When there is apparent liability for the collision and resulting harm, there are several types of insurance coverage an injured person can potentially seek: (1) liability insurance; (2) medical payments coverage; (3) uninsured motorist (UM); and, underinsured motorist (UIM).

Trip/Slip and fall claims, can be made when commercial business owners of property allow a “dangerous condition” on their premises (Section 13-21-115(2), C.R.S.). However, not all slip and falls result in liability of the property owner. The injured party must not be primarily responsible for the incident and must have acted reasonably under the circumstances. Liability provisions under Colorado law are different for the three categories of persons who are injured on another’s property. These categories are: invitees; licensees; and, trespassers.

Medical malpractice claims can be brought if an independent medical practitioner, who was not involved in the medical treatment, determines in a written statement, usually provided to one’s attorney, that the medical provider involved did not act in accordance with the standard of care expected of the medical provider. (Section 13-64-403(12)(b)).

Dog attack/bite claims are brought against the dog owner when the owner fails to reasonably protect the public from the dog in question. These claims are governed by Colorado Statue (Section 12-21-124(2) C.R.S.).

Defamation claims are also considered personal injury claims. These claims seek compensation for financial losses due to false statements that harm another’s reputation. In reality, such actions seldom are brought. This is due to the fact that truth of the statement is a defense. Furthermore, one must show that they have suffered financial loss, due to the statement, not just that the statement is false. “Talking trash,” about another person rarely results in the offended party obtaining a successful judgment.

The cost of medical treatment and future loss of earnings caused by the injury can escalate quickly, so seeking compensation is often necessary, especially in cases of severe injury. The above list of claim types is an indication of the variety of personal injury claims. The harms and losses or “damages” in personal injury cases, for which one can seek reimbursement, include: expenses for past and future medical treatment; loss of past and future earning damages; damage or loss of to personal property; loss of the ability to perform household services; permanent impairment and disfigurement; pain and suffering, inconvenience, emotional stress, and loss of enjoyment of life. Collecting information or evidence of such losses is essential in order to obtain adequate compensation. For this reason, billing records, physician narratives, proof of lost wages and statements from employers, friends and family become necessary.